We began our breeding program in 1993 with linebred Emulous females that originated from three notable programs, Ankony Angus, the N Bar Ranch and the Tail N Ranch of Oklahoma. Emulous cattle have been linebred for 75 years and are known for their real world performance, reproductive efficiency and carcass excellence.

We chose to continue linebreeding these cattle for a variety of reasons but one of the strongest reasons for linebred cattle is they are more uniform and breed true. This is because linebreeding creates more homozygous gene pairs (identical alleles) and therefore significantly increases the ability of the animal to breed true.

Cattle that are not linebred and are outcrossed to a variety of once-pure Angus lines have fewer homozygous gene pairs and more heterozygous gene pairs (un-identical alleles). This substantially increases the variation or non-uniformity in the offspring. Linebred cattle breed truer because they possess more homozygous (identical) gene pairs. Therefore, linebred cattle are one of the best ways to address the number one problem in our industry - carcasses that lack uniformity and consistency.

As genetic strains and even breeds of cattle were being lost so was the ability of individual animals to reproduce the strengths (breed true) they had once been developed for. While there is a place for these hybrid cattle, we believe there should also be a place for a pure strain of angus cattle the royals of Scotland developed.

To that end we began small but with a bigger dream in mind and named our family ranch "Touchstone Angus Ranch." We felt the name symbolized the "noble" idea of preserving and improving a pure strain of angus cattle that offered the best tasting beef in the world. The American Heritage Dictionary defines a touchstone as: 1) A hard, black stone, such as jasper or basalt, formerly used to test the quality of gold or silver by comparing the streak left on the stone by one of these metals with that of a standard alloy. 2) An excellent quality or example that is used to test the excellence or genuineness of others.

Additional reasons to linebreed include genetic purity and elimination of genetic defects. Cattle that have been linebred for decades have fewer genetic defects because linebreeding does not create genetic problems it only brings them to the surface faster, if they exist, allowing them to be identified and eliminated. The original Emulous bull, or the line progenator, was born in 1927 and represents one of the oldest Angus lines that continues to be linebred by a few breeders like us. We believe the length of time the Emulous line has been in existence adds to the assurance that it is genetically cleaner.

Jim Lents in his book The Basis of Linebreeding writes that "linebreeding fixes and maintains certain traits within a population of cattle that then have the prepotency to pass on consistently to future generations those characteristics that have been fixed." Steve Viker of Lanesboro, MN wrote an excellent internet post on the ACS forum excerpted as follows: "Linebreeding over time, makes more of the same cards (more diamonds, fewer spades and clubs if you will) in the genetic deck. An increase in genetic consistency results from fewer dissimilar genetic combinations which results in narrower distribution of animals about the type and performance mean. These animals also tend to be able to reproduce themselves in a more consistent fashion (prepotency)." Dr. Bob Long comments in his "Beef Logic" column when he discussed linebred cattle. "Inbreeding with selection can be a powerful tool for herd and/or breed improvement. Outstanding inbred individuals are productive, predictable, prepotent, and the most valuable breeding animals of all… If someone else has already created such a strain, buy them if you can. They are the best."

Some might be concerned with linebreeding and the increased chance for genetic problems. Dr. Long in the same column states: "Remember, the inbreeding does not create the lethal genes. If the herd carries no genetic trash, none will result from inbreeding." Given the long track record of linebred Emulous cattle you can be confident that genetic problems either never existed in this line or was eliminated long ago.

We are linebreeding Emulous cattle to fix and maintain the following traits in our herd: beef tenderness, marbling, reproductive efficiency, calving-ease, growth and efficiency in a forage-based system.

At Touchstone Angus we began with the end in mind. We have striven to identify and breed the Emulous line of Angus cattle to consistently deliver a product that is tender and flavorful. 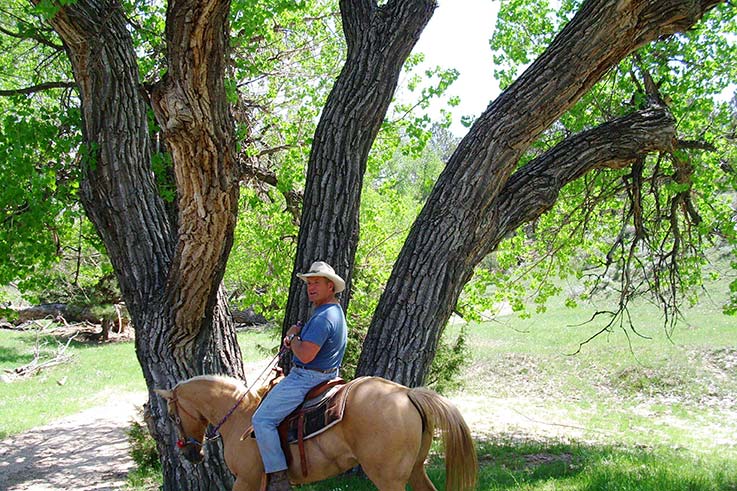